Americans More Secure, But Retirement Not So Much

Americans are more secure about covering their expenses and are more optimistic about the future than they were a year ago, but they are neglecting to build the foundation for that security, according to recently released surveys.

A year ago, just as COVID-19 was winding up to become a pandemic, Americans were already uneasy with their finances, according to a New York Life Wealth Watch survey.

Last March, only 53% of respondents were confident in their ability to pay their monthly bills. This year’s survey showed 73% were confident.

Last year, only 42% of Americans were confident they could pay for a personal emergency; this March 55% said they could handle it.

Most of adults (67%) said they received a stimulus check in the past year, with nearly half of respondents (45%) putting this extra income most often toward daily expenses. 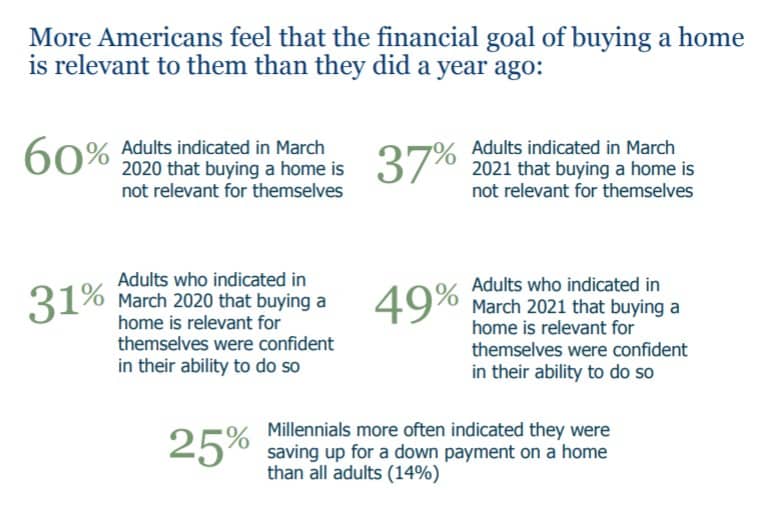 More people are also feeling more confident that their retirement savings will last their lifetime, although it was still less than half of the respondents who said they felt very or somewhat confident. Beyond the late pandemic glow of hope, people were still falling short of taking care of the long term.

More than half of respondents (53%) stopped or reduced their student debt payments during COVID-19, and half of these respondents (49%) shifted the money previously allocated to student loan payments toward daily living expenses. Only 35% of adults who indicated paying off student debt as a goal are confident in their ability to do so.

Gen Xers, who have been burdened by student loan debt for decades, particularly do not feel confident in being able to ever pay it off. A third of all adults are worried about their student loan debt.

Relatively few adults have long-term savings goals, with 22% having none. Although retirement confidence may be higher, only 28% have being “on track for retirement at my desired age.” 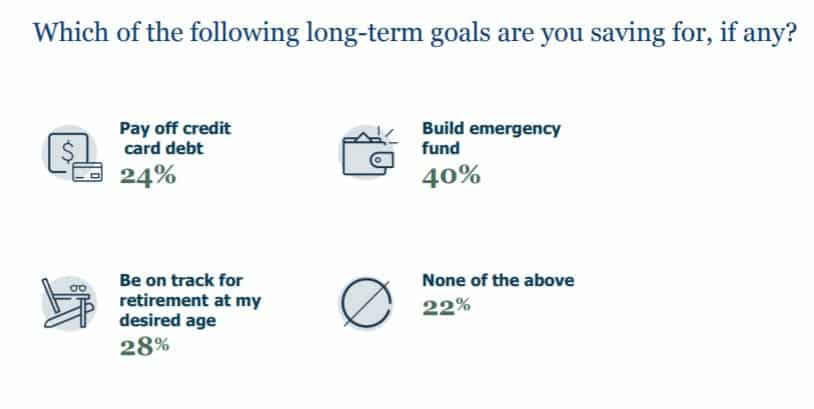 The good news for financial professionals is that millennials would really like to talk to them, at least 40% of them do.

Another survey done at the end of 2020 found retirement security results that were similar to those in the New York Life study. More than half of working age adults surveyed said they were concerned about their ability to achieve retirement security in a study done by the National Institute on Retirement Security. Respondents cited several factors in their struggle to prepare for retirement, according to the NIRS survey.

Whatever the reasons, it is clear that Americans do not believe they can save for retirement, with two-thirds of respondents saying that workers cannot save enough on their own for retirement security. Comprehensive Financial Planning What Is It And Why Do It? Part 2