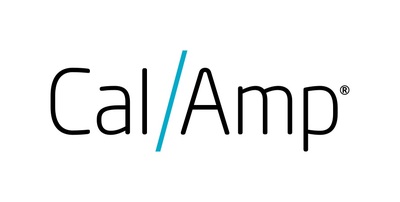 , President and Chief Executive Officer, said, “As we close out fiscal 2017, we are pleased with the progress we have made on a number of financial and business objectives, which have helped set the stage for long-term growth and profitability.  We completed the integration of , expanded our product and service offerings, and made significant progress with international expansion. In addition, we are pleased that fourth quarter revenue from MRM telematics products grew for the second consecutive quarter, reaching the highest revenue level in over a year.”

Revenue for fiscal year 2017 was a record , an increase of 25% from fiscal 2016, and included revenue of from products and services.  Excluding the discontinued Satellite business, fiscal 2017 revenue was up 39% year over year.

As of , the company had total cash and marketable securities of and total debt outstanding of , which is the carrying amount of the company’s 1.625% convertible notes in the face amount of . Net cash provided by operating activities was during the fourth quarter and for fiscal 2017 as a whole.

Business Outlook
The outlook for the fiscal 2018 first quarter ending is:

Conference Call and Webcast
is hosting a conference call for analysts and investors to discuss its fourth quarter and fiscal year 2017 results and outlook for its fiscal 2018 first quarter at today.  Participants can listen in via webcast by visiting the Investor Relations section of website at www.calamp.com. Please go to the website at least 15 minutes early to register, download and install any necessary audio software. A replay of the webcast will be available for 30 days after the call.  The conference call can also be accessed by dialing 855-302-8830 (+1-330-871-6073 for international callers) and using the Conference ID# 94872270. Following the call, an audio replay will also be available by calling 855-859-2056 or +1-404-537-3406 and entering the Conference ID# 94872270. The audio replay will be available through .

About
(NASDAQ: CAMP) is a pure-play pioneer in the connected vehicle and broader Industrial IoT marketplace. The company’s extensive portfolio of intelligent communications devices, robust and scalable telematics cloud services, and targeted software applications streamline otherwise complex IoT deployments. These solutions enable customers to optimize their operations by collecting, monitoring and efficiently reporting business-critical data and desired intelligence from high-value mobile and remote assets. is headquartered in and has been publicly traded since 1983. For more information, please visit www.calamp.com.

In this press release, reports the non-GAAP financial measures of Adjusted Basis net income, Adjusted Basis net income per diluted share, Adjusted EBITDA (Earnings Before Investment Income, Interest Expense, Taxes, Depreciation, Amortization, Stock-Based Compensation and certain other adjustments as detailed in the accompanying non-GAAP reconciliation), and Adjusted EBITDA margin. Adjusted Basis net income excludes the impact of intangible assets amortization expense, stock-based compensation, acquisition and integration expenses, and certain other adjustments as shown in the non-GAAP reconciliation provided in the table at the end of this press release.  uses these non-GAAP financial measures to enhance the investor’s overall understanding of the financial performance and future prospects of core business activities. Specifically, believes that the use of these non-GAAP measures facilitates the comparison of results of core business operations between its current and past periods.

To view the original version on PR Newswire, visit:http://www.prnewswire.com/news-releases/calamp-reports-fourth-quarter-and-fiscal-year-2017-financial-results-300441308.html