‘I exhausted my savings’: Inflation has Americans turning to credit, loans 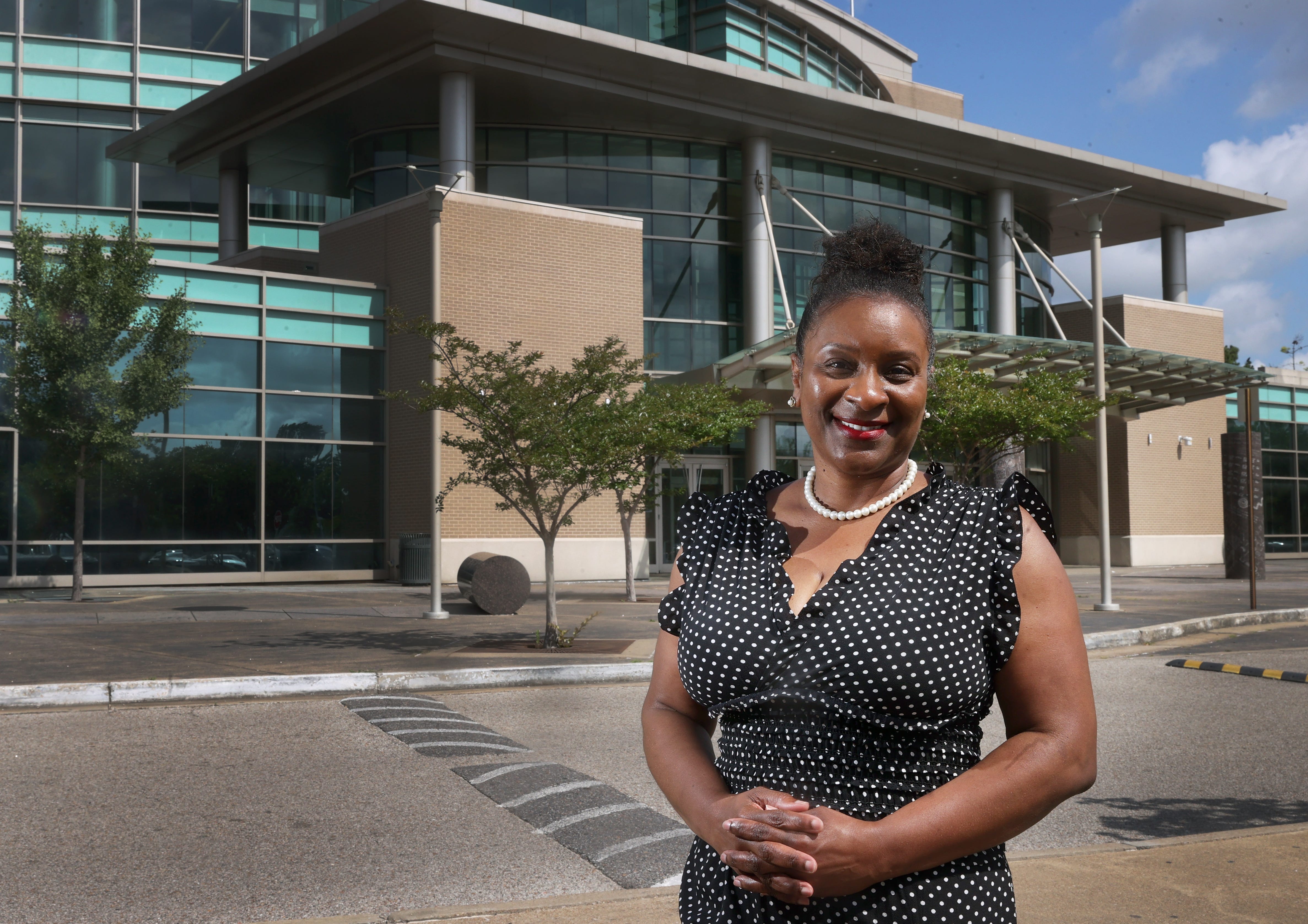 Linda Hampton was already struggling to pay her credit card bills last year because of thousands of dollars in expenses from her notary business.

“I just started using my credit card for everything,” Hampton says, even for a combined electric, natural gas and water bill that has more than doubled since 2020 and hit $864 last month.

At one point, Hampton, who earns about $36,000 a year as a property leasing manager in Memphis, Tennessee, saw her credit card debt surge to $22,000 and she was making more than $1,500 in monthly payments.

“That was very stressful,” she says. “A lot of times, I didn’t sleep….It was affecting my sleeping, my eating, my psyche.”

Consumer borrowing is surging as inflation hovers near 40-year highs and Americans resume pre-pandemic activities like traveling and dining out, posing risks for lower-income borrowers.

Is credit card debt a problem?

A growing share of those cash-strapped households are behind on payments for car loans, credit cards and personal loans, a development that’s intensifying their angst and could prompt lenders to make fewer loans to that group.

Total household debt is still historically low, but debt payments have edged up recently to 9.3% of personal disposable income in the fourth quarter, according to the Federal Reserve. By comparison, debt payments comprised 9.9% of income in late 2019, just before the pandemic, and 13.2% in 2007, prior to the Great Recession

During the health crisis, U.S. households saved lots of money by hunkering down at home and socking away stimulus checks, money from an expanded child tax credit and other federal aid. That allowed them to whittle down debt.

‘I go hungry’: What parents are sacrificing amid soaring inflation to feed their families.

Inflation, and oil, and flights, oh my!: Here’s why airlines can pass on some additional costs to travelers.

More people are relying on credit

Still, borrowing is picking up amid higher inflation and increased spending on services.

The borrowing spree rolled on last month, according to a Moody’s Analytics review of data from Equifax, a credit reporting agency.

The rise in credit card debt has been fueled by split-screen trends. Higher-income households couldn’t spend on travel, entertainment and other activities during COVID and are making up for lost time, says Moody’s economist Kyle Hillman. Many pay off their statement balances each month. 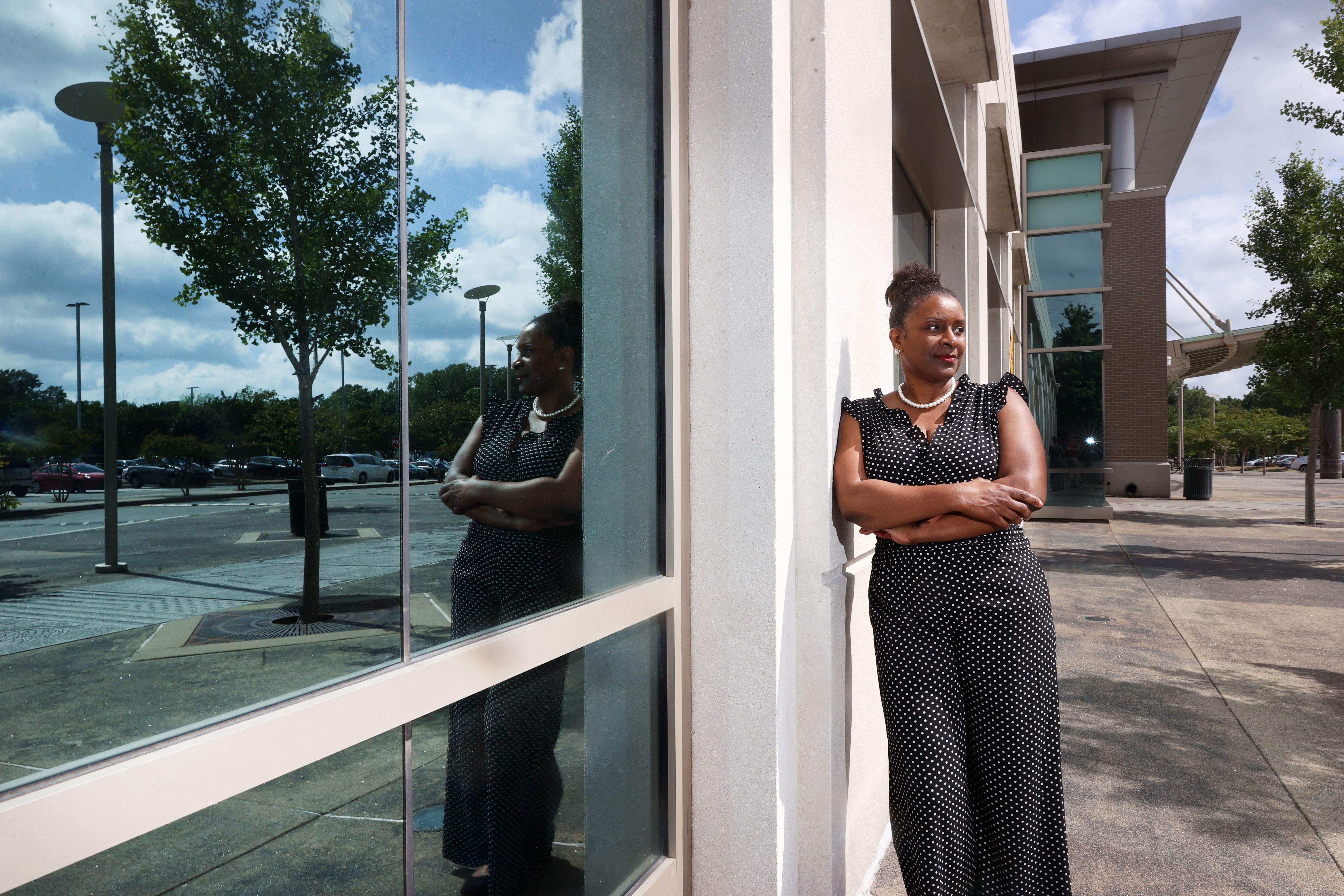 Since theaters in New York City reopened last fall, Peter Zangardi has seen 21 Broadway and off-Broadway shows. The Philadelphia resident puts the tickets, Amtrak trip and meals on credit cards, carrying over part of the balance.

“I happen to love theater,” says Zangardi, an insurance claims adjuster, adding that he’s trying to “catch up for the time the theater was closed.”

If Americans keep spending as they have the past couple of months, credit card balances would return to pre-COVID levels in late summer “and potentially become a constraint on spending,” economist Joseph Briggs of Goldman Sachs wrote in a research note.

The more worrisome development is that lower-income Americans are relying on credit cards and personal loans to make ends meet now that inflation has been soaring and COVID-related government assistance has run out. That’s happening just as the Fed is aggressively hiking interest rates for such borrowing to temper the price increases.

Annual inflation stood at 8.3% in April, just below the 40-year high reached the prior month. The bottom fifth of households by income spend 31% of their after-tax income on gasoline and groceries, which have climbed 30% and 7%, respectively, since last September, when enhanced unemployment benefits ended, says Ian Shepherdson, chief economist of Pantheon Macroeconomics. 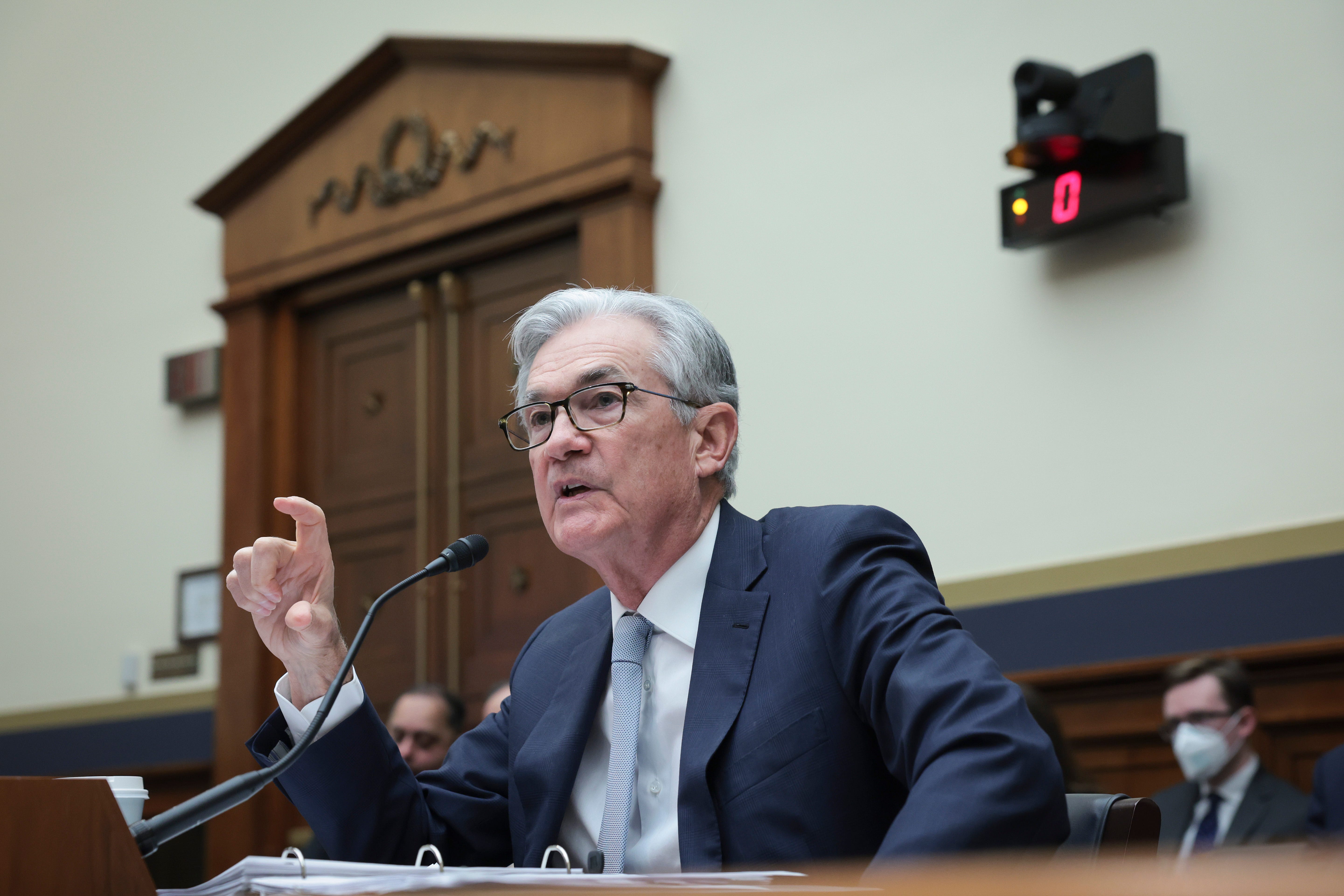 Last month, 61% of households earning less than $25,000 said they had some or a lot of difficulty covering their usual expenses over the prior seven days, up from 50% a year earlier, according to Equifax and the Census Bureau. Forty-three percent of those earning $25,000 to $49,000 reported similar challenges, up from 38% in the prior year.

Lower-income Americans “were already living paycheck to paycheck so any little bit of an increase (from inflation), even $50, $100 a month, is overwhelming,” says Sharita Humphrey, a spokesperson for Self Financial, a technology company that helps people build and repair credit.

“Many have maxed out the amount of credit they have,” adds Humphrey, who also counsels borrowers through a separate firm. Many work at restaurants and stores and often turn to payday loans that carry interest rates upwards of 300%, she says.

Since inflation took off in spring 2020, the number of clients seeking her advice has increased tenfold to about 80 a month, she says.

One of those clients, Hampton, says she started racking up credit card debt in 2020 when she bought a copier, printer, scanner and fax machine for her notary business, called Duly Noted. Then there were monthly expenses, such as toner, paper and marketing. Meanwhile, revenue from the firm, which totaled as much as $2,500 a month, fell short of her costs.

Skyrocketing gasoline prices have squeezed her further. Hampton sometimes traveled 30 miles or so each way to notarize real estate closing documents. Then came a $6,000 car repair bill. The mounting costs forced her to obtain a second credit card last year “just to keep up with it.”

“I exhausted my savings,” she says. 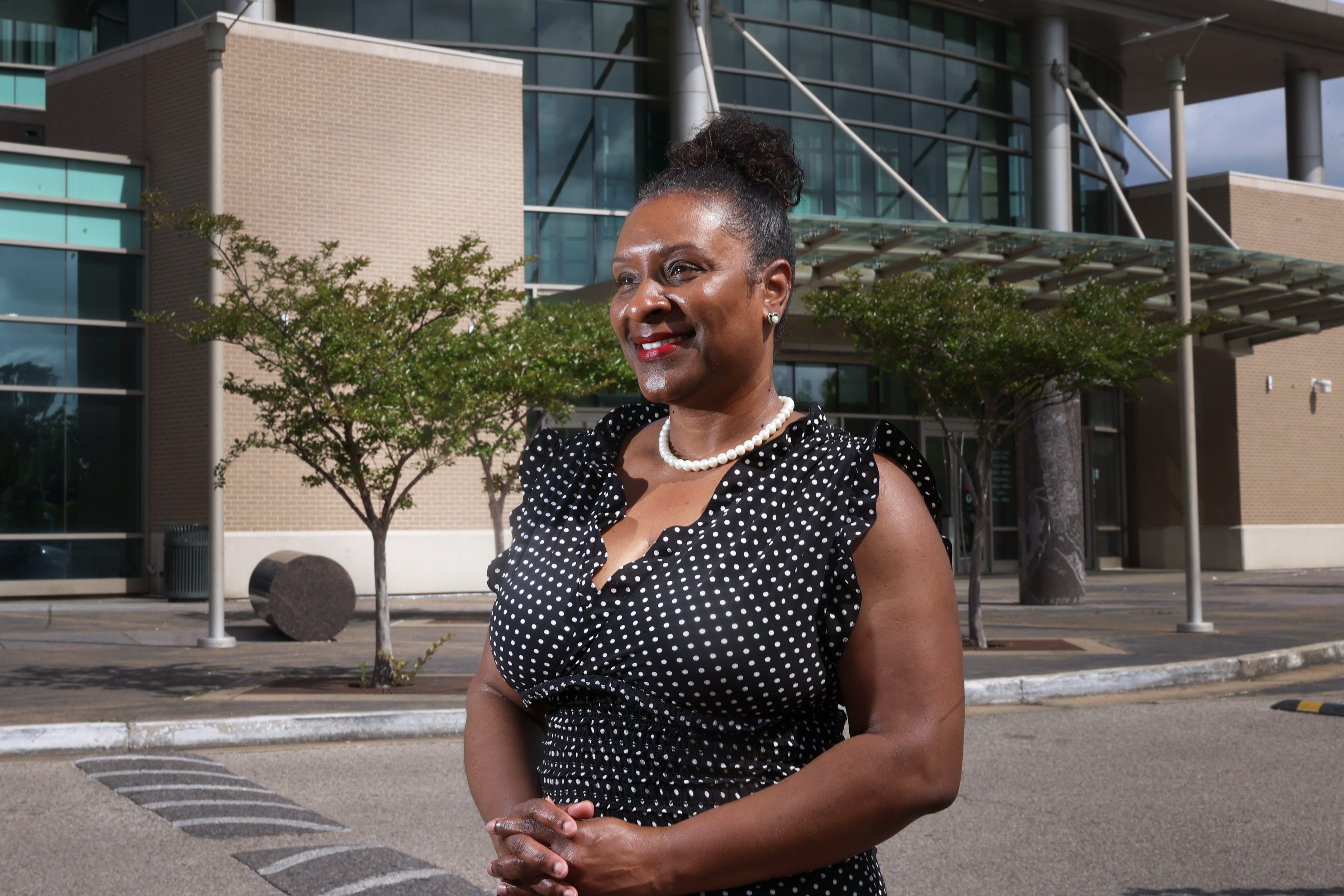 Now, she says, all of her income is devoted to her credit card bills and $798 mortgage payment for her three-bedroom house. Humphrey has shown her how to draw up a budget to ensure her income outpaces expenses and to save money. She has suspended her notary business until she can ensure it’s profitable, shelved annual vacations to Colorado and Florida, and trimmed her credit card debt from $22,000 to $15,000.

While some lower-income people are relying on credit cards, others are turning to personal loans. In April, borrowers with credit scores below 660, who are considered riskier, ramped up their use of loans that don’t require any collateral.

Their balances jumped 28% from a year earlier and that group now makes up 54% of all balances for such unsecured personal loans, reversing the pre-pandemic trend of growth in balances that was driven by middle- and higher-income people, says Hillman, the Moody’s economist.

Some lower-income households can’t keep up with payments. The share of borrowers with credit scores below 620 – which Equifax considers subprime—who were at least 60 days late on a car loan or lease payment hit a record 8.8% in February, according to Equifax.

Those shares are still below pre-pandemic highs and consumer credit profiles broadly are healthy, says Tom Aliff, Equifax’s risk consulting leader. Across all types of loans, just 1.07% of borrowers were delinquent last month, up from a low of 0.86% in May 2021 but below the 2.5% mark before the pandemic and 8.2% during the Great Recession, Moody’s analysis shows. 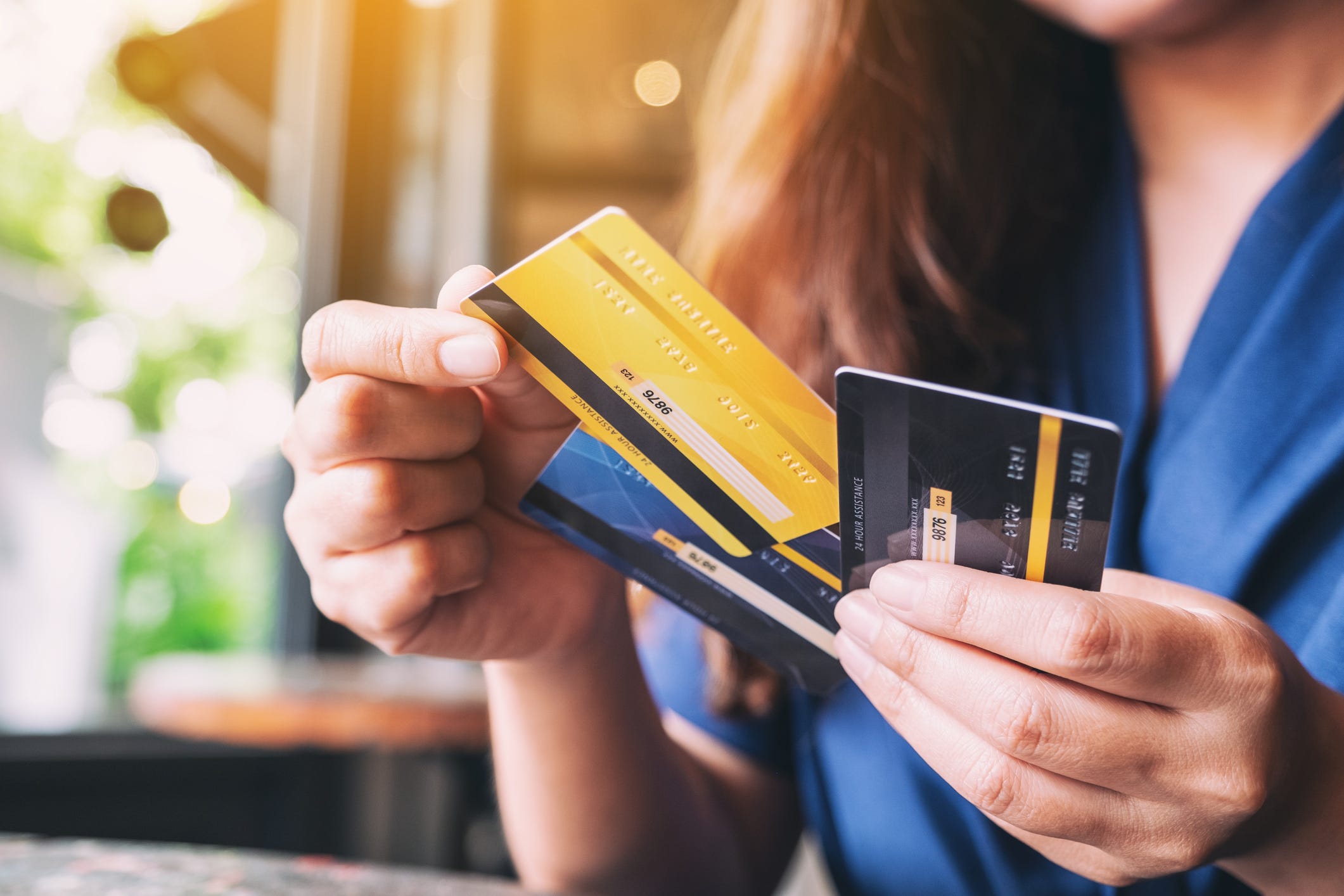 It’s highly unlikely a rise in credit balances and delinquencies for lower-income borrowers would contribute to a recession, Mish and Hillman say. The bottom fifth of households by income account for just 9% of total consumption, Shepherdson says.

Still, a persistent rise in missed payments could lead banks and other lenders to pull back on lending to subprime borrowers, UBS’s Mish says. That would only compound the stress for that vulnerable group.

Paul Davidson is USA TODAY’s senior economics correspondent. You can follow him on Twitter @PDavidsonusat and subscribe to our free Daily Money newsletter for personal finance tips and business news every Monday through Friday morning.

This article originally appeared on USA TODAY: ‘I exhausted my savings’: Inflation has Americans turning to loans, credit cards to cope. Does it pose big risks?