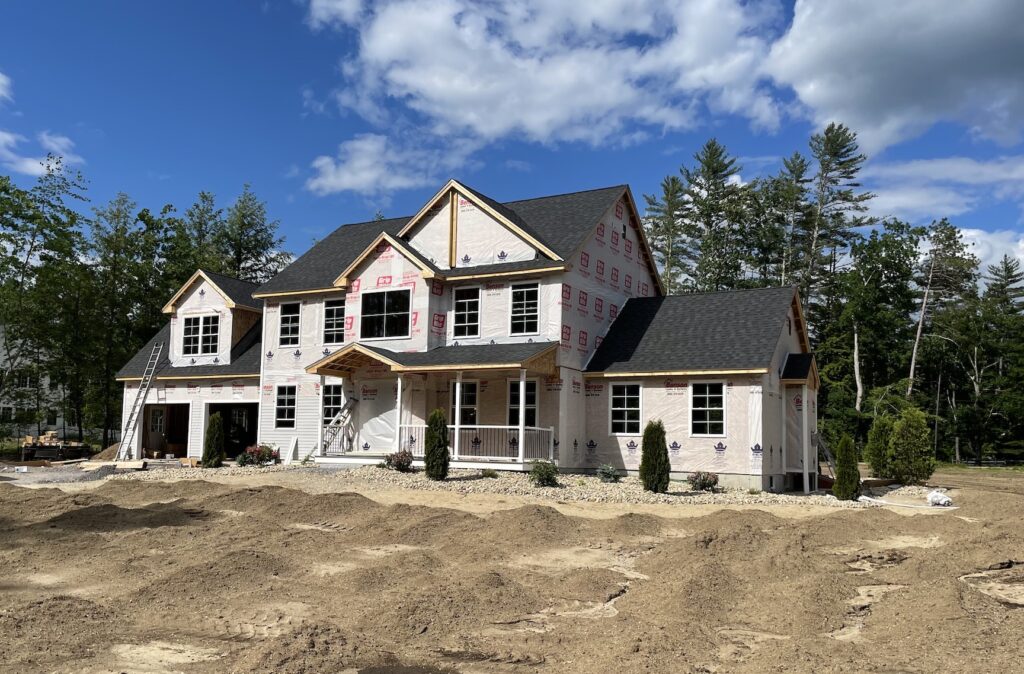 Ron Magoon has a stark description of the home mortgage market for small New Hampshire banks these days. It’s “pretty much dried up,” the president and CEO of Franklin Savings Bank said.

“The cost of getting a mortgage and the affordability of mortgages has changed dramatically for a number of reasons,” Magoon said.

This year, would-be homebuyers are facing another hurdle: Home mortgage rates are going up. In late 2021, 30-year fixed mortgage rates hovered at 3.1 percent. For a person buying a $400,000 home with a 5 percent down payment, that would translate to $1,623 a month over 30 years, according to figures from the New Hampshire Housing Finance Authority.

In early June, that interest rate stood at 5.5 percent. A buyer purchasing that same house today would pay $2,158 per month, the Housing Finance Authority found in a monthly report.

“The rates are still not terribly high in historic terms, but they’re just much higher than they were a short time ago,” said Rod Dapice, CEO of New Hampshire Housing Finance Authority.

As inflation continues to rise, and the Federal Reserve continues to raise the federal funds rate to address it, mortgage rates in New Hampshire have followed. Some housing experts hope that will help cool the past two years’ buying frenzy.

“As mortgage rates increase, inventory will sit a little longer on the market and that will cause inventory levels to be more normal,” said Suzanne Damon, a Realtor with the Re/Max Damon Home Team in Manchester. “And we’re already seeing a deceleration in how quickly home prices are increasing.”

But that slowdown could come at a cost: The higher interest rates are likely to price out even more lower- and middle-income homebuyers. Those homebuyers are likely to be pushed into the rental market in the short term – even if the housing market begins to stabilize in the long term.

“A lot of people just can’t pay more and so it’s pricing a lot of prospective homebuyers out of the market,” Dapice said. “…It’s destroying demand and the demand that is destroyed is at the bottom end of the market, unfortunately.”

Magoon agrees. “For those who might have been on the fence and trying to find a home they could afford – for many of those folks it’s now out of reach.” 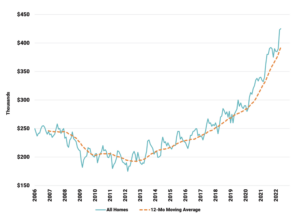 The double-edged sword underscores the underlying problem in the Granite State: Even if tighter monetary policy might be slowing down unprecedented demand here, the state still does not have enough housing available to bring housing prices down or stabilize demand any time soon, observers say.

“Inventory has absolutely plummeted over the last 10 years to a really unhealthy level,” Dapice said. “It’s likely that that will come up somewhat. That will give people who can afford to buy perhaps a little bit more choice, but it will not help a lot of people who are feeling the effects of the housing market.”

The higher rates come as the Federal Reserve has signaled intentions to increase the federal funds rate again this week, after data last week showed inflation hitting its fastest pace since 1981. The Fed is likely to increase interest rates by 0.75 percent this week, the Wall Street Journal reported Monday, a major increase after the Fed raised rates half a percentage point in May.

Those rate increases have already changed the behavior of many Granite Staters. The number of families refinancing their homes dropped 55 percent between April 2021 and June 2022, according to the Housing Finance Authority, after increasing rapidly in the two years prior.

The higher rates have yet to slow down the rate at which new home listings fly off the market. The state’s current active listings would all sell out in less than a month if no new listings came online, according to the Housing Finance Authority – far below the healthy rate of six months. Total listings are also continuing to hit 10-year lows, despite an expected surge in listings during the summer.

But if sales are still happening at a fast clip, the intensity on the buyers’ side is dropping somewhat. Realtors report, anecdotally, that the dozens of buyers that used to flock to a typical listing in 2020 and 2021 has diminished to three or four. And economic realities appear to be taking a toll. 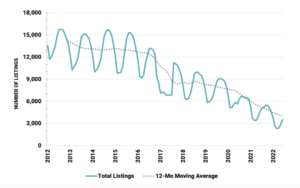 Inflation is affecting the lopsided housing market, too. The price of building supplies has swung wildly in the past few years, and inflation could hamper construction and slow down the supply of new housing units. New single-family housing permits briefly hit a 13-year peak in 2021, but have fallen in recent months.

“Homebuilders feel the squeeze on both sides because their costs are going up in terms of both labor and materials,” Dapice said. “And their buyers’ ability to pay is coming down because the rates are higher.”

The higher rates could create short-term barriers for certain families who find housing out of reach. But Damon said it’s benefiting others – particularly people who use government programs to subsidize their purchases and financing. With fewer buyers elbowing for listings, those buyers are having more success recently.

“I think what it’s going to do to help our market is buyers like FHA buyers, (Veterans Affairs) buyers, our government-funded buyers, buyers that are starting out with first-time homebuyer programs will be able to compete a little bit better in the marketplace,”  she said. “And I think that’s very helpful.”