Robinhood A Target Of The Retail-Trading Hype It Helped Create 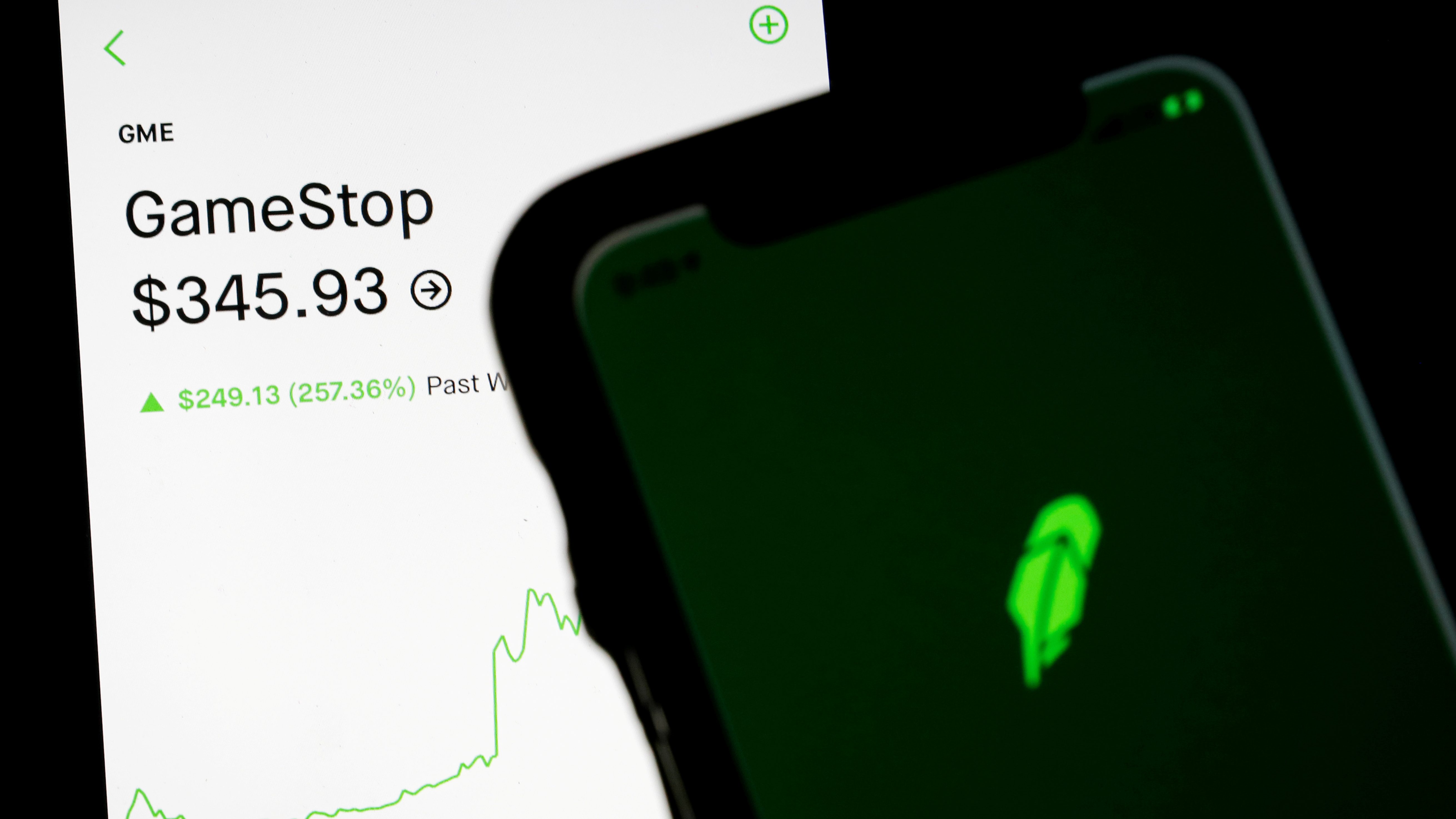 Robinhood has long capitalized on the belief that the little guy gets screwed by Wall Street. Now that story has boomeranged on the eight-year-old brokerage.

After a week of rampant stock trading in which retail traders appeared to turn the tables on hedge funds—and then get locked out of the market by their own brokerages—everyone from customers to social-media provocateurs and politicians is asking whether Robinhood is just one more place that favors rich over the regular person.

The thing about Robinhood’s financial democratization pitch—that it’s placing “financial power into the hands of everybody”—is that there’s some truth to it. Brokerage commission charges have been declining for decades, and Robinhood took it the next step by dropping fees to zero. Other brokerages followed suit, and now some market structure experts say retail traders are getting a better deal on their stock transactions than even the pros are.

Robinhood has played a key role in getting slick, easy to use brokerage apps into millions of peoples’ pockets. While professionals with money and influence always have an edge over the part timers, apps like Robinhood’s have leveled the playing field in one aspect: as technology has become commodified, regular people are now just a few clicks away from brokerage apps that have remarkable firepower.

“You have these tools that are developed by the retail brokerages that rival what you could get as an institutional investor,” said Shane Swanson, a market structure expert at Greenwich Associates. “We used to see execution quality that was vastly inferior to what you would receive as a professional, to retail, quite honestly, gets the best execution quality that you can possible get.”

Those tools were on full display last week as armchair investors helped drive record trading volumes, setting off some shocking financial pyrotechnics. It’s something founder Vladimir Tenev will have to reckon with when he’s questioned in Washington later this month and as the company reportedly plans a much-awaited IPO.

Although plenty of other brokerages have millions of customers and a business model very similar to Robinhood’s, the company has become a byword for the Covid-era retail trading boom. The financial-democratization story reached a fever pitch last week when it appeared that Reddit traders had scored a major coup by driving up the price of shares in GameStop, a struggling video-game retailer, and costing institutional investors who were betting against the company billions of dollars.

Among the financial institutions that took a major hit was Melvin Capital, which shored up its capital with an infusion from hedge funds Point72 and Citadel, the company that, like the trading firm Citadel Securities, is majority owned by billionaire Ken Griffin. Though the exploit seems to have only hit a handful of hedge funds, it radiated widely as big money managers recalibrated for a new threat, cutting their bets and reducing leverage by the most in more than a decade, according to analysts at Goldman Sachs.

It will take time for the Securities and Exchange Commission (SEC) and other regulators to run the forensics to find out how much of the trading was truly from retail investors running riot through the stock and options markets, and how much was from professionals riding on their coattails. But if retail investors weren’t the bomb itself, they at least lit the fuse.

“There’s no way that other hedge funds have not seen this as an opportunity,” said Joshua White, assistant professor of finance at Vanderbilt University who has authored market analysis for the SEC.

The episode generated scintillating conspiracy theories about hedge funds lobbying brokerages to shut down their new foes. But the truth appears to be more banal. Executives insist that it comes down to the market plumbing.

The GameStop trade started moving against the brokerages last week when the Depository Trust & Clearing Corporation (DTCC) told Robinhood and others that they needed to come up with a bunch of cash. According Tenev, a DTCC subsidiary called at 3:30am last Thursday asking for $3 billion in extra collateral for trading in ultra-volatile stocks to continue, a ten-fold increase of what it normally requires.

Clearinghouses like DTCC are there to make sure there aren’t any hiccups after a transaction takes place. When someone buys a US stock, it takes two days for the security and the money used to pay for it to change hands. During the two days that the transaction is in flux there’s a small risk that one of those parties could fail to keep up its side of the deal. The DTCC’s job is to collect enough collateral from both parties to neutralize that risk. 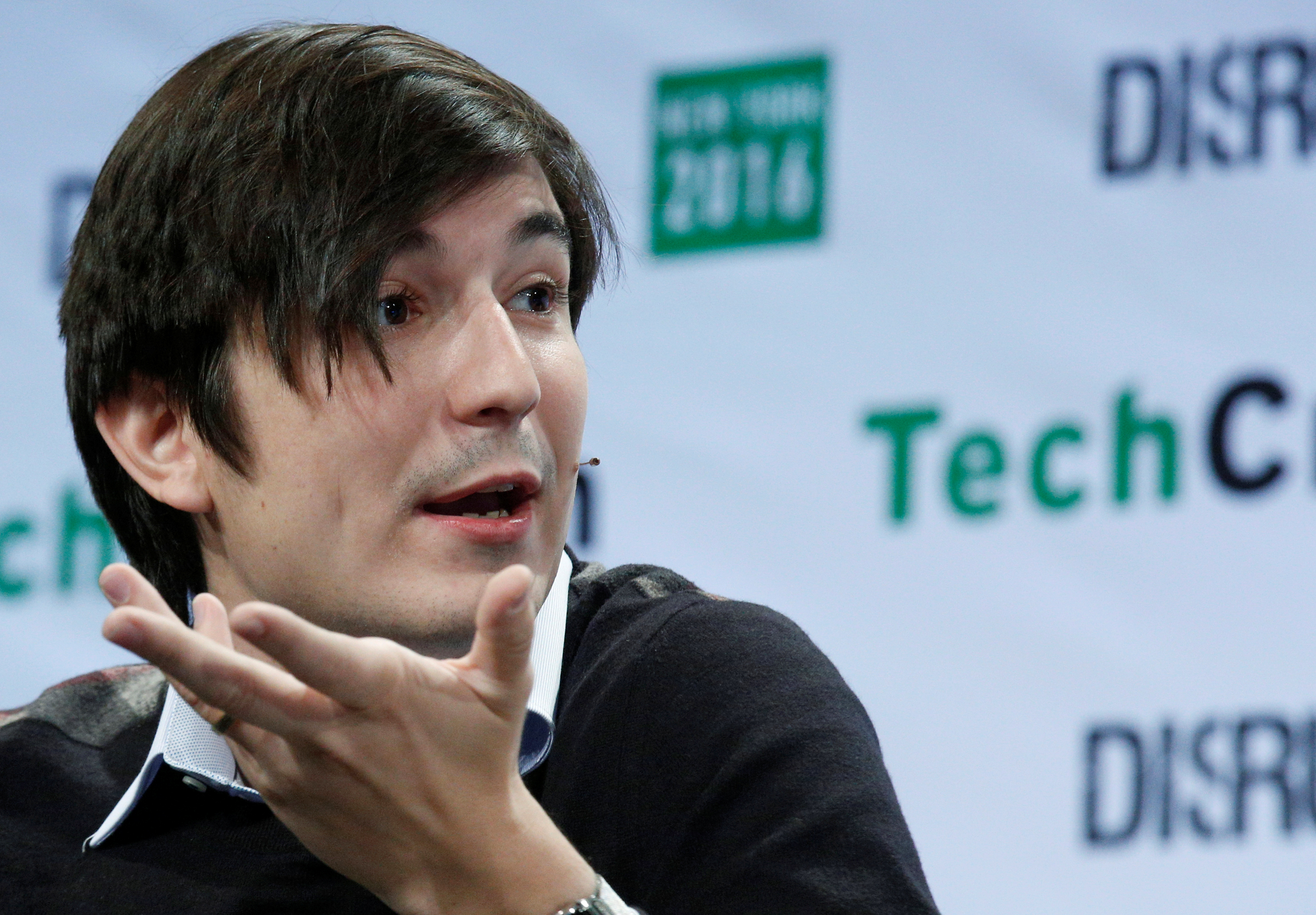 In the stock market, that risk is usually pretty small, but that can change under heavy trading and when prices start gyrating unpredictably. As shares of GameStop and a handful of other companies went bonkers, DTCC calculated that the risk of something going haywire had gone up, and so it needed a lot more money from brokers if they wanted those transactions to continue. That was a tall order for Robinhood, and so it temporarily restricted purchases of some stocks.

“It was not because we wanted to stop people from buying these stocks,” the company said on its blog.

Tenev, meanwhile, was hauling in more cash, announcing a whopping $3.4 billion from investors on Feb. 1. Buying restrictions at Robinhood have eased. Other brokerages had similar restrictions, citing similar reasons.

But conspiracy theories were soon bouncing around the internet, suggesting that brokerages were in cahoots with hedge funds to stop retail investors from racking up another win. In a letter to Tenev on Feb. 2, US senator Elizabeth Warren grilled the fintech executive on his company’s ties to hedge funds and other financial institutions.

“The public deserves to know the details of circumstance behind Robinhood’s decision to restrict trading and about other actions that appear to be treating individual investors in an unequal or unfair fashion,” she wrote.

Robinhood, meanwhile, faces a host of other questions, including whether it was too thinly capitalized. “The brokerage capital requirements are going to be one of the first things that comes into focus,” White said.

How Citadel is related to Robinhood

Back in 2016, Robinhood co-founder Baiju Bhatt told the Financial Times that “we didn’t build Robinhood to make the rich people richer.” But one of the things that has always complicated Robinhood’s finance-for-the-little-guy pitch, and seems to have fueled conspiracy theories, is that it works hand in glove with the big guys. One of them is Citadel Securities, which is owned by hedge fund billionaire Griffin, who started trading in his dorm room at Harvard University and is now ranked No. 87 by Bloomberg’s Billionaires Index.

Griffin’s trading firm is arguably Robinhood’s most important partner and source of revenue. The main way the brokerage makes money, and the reason it’s able to offer commission-free trading, is that it sells its retail transactions to large trading companies that execute the trades. Robinhood Securities received $71 million in order flow payments for stocks and options in December, according to a filing, more than half of which came from Citadel Securities.

Robinhood didn’t invent the paradigm that’s driving retail trading—payment for order flow goes back decades and is used by the rest of the industry, including the likes of Schwab and E-trade—but Tenev and Bhatt took it to a new level. When they slashed brokerage commissions to zero, they made their company, and arguably much of the rest of the brokerage industry, especially dependent on these payments.

Market makers likes Citadel Securities and Virtu Financial execute these trades internally, away from exchange like New York Stock Exchange or Nasdaq, but they are required to give retail users the best price available. Robinhood says all market makers pay it the same rate, which is meant to reduce conflicts of interest.

How payment for order flow works

Why are companies like Citadel Securities and Virtu willing to pay so much for retail trades? James Angel, a professor at Georgetown University who specializes in market structure, says it’s sort of like playing poker.

“Market makers are more than happy to buy order flow from the Robinhoods of the world because they understand that Robinhood traders are mostly unsophisticated newbies who don’t really have any special inside insight,” he told Quartz in July. “You really don’t want to be playing poker with people who are better than you are.”

Payment for order flow is controversial. On the one side, market structure analysts like Swanson, formerly director of equity market structure at Citadel Securities, say everyday investors are getting a better deal on their trades than they ever have. High-frequency traders provided savings, known as price improvement, of $1.3 billion for retail customers in 2018, according to a report from Greenwich Associates. Citadel Securities says it provided $1.3 billion in price improvement on retail equity orders in 2020.

But others are less comfortable with the practice. Former SEC chairwoman Mary Jo White in 2014 raised questions about payment for order flow, saying it “can create conflicts of interest and raise serious questions about whether such conflicts can be effectively managed.” A committee in Washington that debated the issue gave it the all clear in 1990s, but John Coffee, a professor at Columbia Law School who published research on the topic in 1990s, has said he remains unconvinced. “I thought it was a form of commercial bribery unless the rebate was passed onto the customer by the broker who received it,” he told Quartz.

Thanks to payment for order flow, which goes directly to professional trading outfits instead of the exchanges, the surge in retail trading has made Citadel Securities and Virtu vital parts of the US stock market. In 2019, this off-exchange trading occasionally made up around 40% of the US stock market, according to Greenwich data. Now it can exceed 50% on some trading days.

The answer to that question tends to depend on who you ask. Exchanges that are jealous of these retail trading flows will likely say off-exchange trading has gone too far and has damaged a public good—transparent stock markets. Others may suggest that markets are far from the breaking point, and in the meantime retail traders are winners, too, from the evolution. It’s an issue that seems sure to come up in congressional hearings and to be a top order of business for the SEC.

For all the outcry, Robinhood and the rest of the brokerage industry seem fine for now. Robinhood’s app was reportedly downloaded some 600,000 times last Friday, more than three times the downloads in March 2020, according to research from investment bank JMP Securities. Other brokerages around the world have reported a similar boom in signups. Past missteps like technology glitches and fines haven’t dented the appeal of Robinhood, which is gearing up for a Super Bowl marketing splash.

There could be speed bumps ahead, however. Regulators seem sure to pore over Robinhood’s business model for conflicts of interest, and it also faces questions over whether its “gamification” of stock trading pushes retail investors to get in over their heads. If the GameStop fiasco spurs new capital requirements for brokerages, that could cut into profits.

One thing that’s sure is that Gary Gensler, US president Joe Biden’s pick to run the SEC, is going to have a tough job if he gets the nod from Congress. The former Goldman Sachs banker will have to convince the public that the little guy isn’t getting screwed by Wall Street.

Sign up for the Quartz Daily Brief, our free daily newsletter with the world’s most important and interesting news.

Line of Credit.ai, a leading global equity firm, today announced a collaboration with 3i Consulting SRL to raise funding for international SMEs.