, /PRNewswire/ — Bay Banks of , Inc. (OTCQB: BAYK), holding company for (formerly known as ) and , announced the completion of the previously-announced merger with and its subsidiary, , combining the two historic community banks in Central and . The combined assets of , and -based exceed . The combined entity will operate as , with corporate headquarters located in . 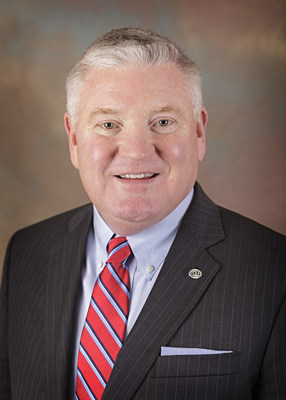 “The agreement that was reached last year as a merger of equals is now a reality,” explains , President and Chief Executive Officer of the combined company. “Our merger represents an important force for the financial growth of our current and future customers as well as the economy.”

“Our shared vision for offering exceptional financial resources with a true community bank focus on our customers is a great asset for the region,” says , III, chairman of the board of directors of the holding company of the bank.

will leverage the strength of the two entities and its employees to offer premier services to consumers, businesses and wealth management. , a 31-year banking veteran who previously served as , will serve as Executive Vice President, Executive. Armstrong has a solid background in business banking. , a certified financial planner who previously served as President of , a subsidiary of , will serve as President of a new wealth management organization to be called and Wealth Management.

In November of last year, , and , signed a definitive agreement to merge. The holding company for will continue as

“We are now in the process of converting the two banking systems into one and introducing the employees of 19 branch locations to each other and our vision for offering uncommon service to our customers,” says Greene. While the merger is now official, branches will fully convert to once the bank operating systems are integrated during the third quarter of 2017. “We are committed to making the transition as seamless as possible for our customers and employees,” Greene concludes.

About
is the bank holding company for and .  Founded in the 1930’s, and formerly , are now combined and headquartered in , Virginia.  With nineteen banking offices located throughout the Richmond market area, the Northern Neck region, Tri-Cities area of , and , and , the bank serves businesses, professionals and consumers with a wide variety of financial services, including retail and commercial banking, investment services, and mortgage banking.  provides management services for personal and corporate trusts, including estate planning, estate settlement and trust administration.

For further information, contact , President and Chief Executive Officer of the combined company, at 800-435-1140 or inquiries@baybanks.com. To view the original version on PR Newswire, visit:http://www.prnewswire.com/news-releases/virginia-commonwealth-bank-and-bank-of-lancaster-complete-merger-300433277.html

The Growth of the Chinese FinTech Industry